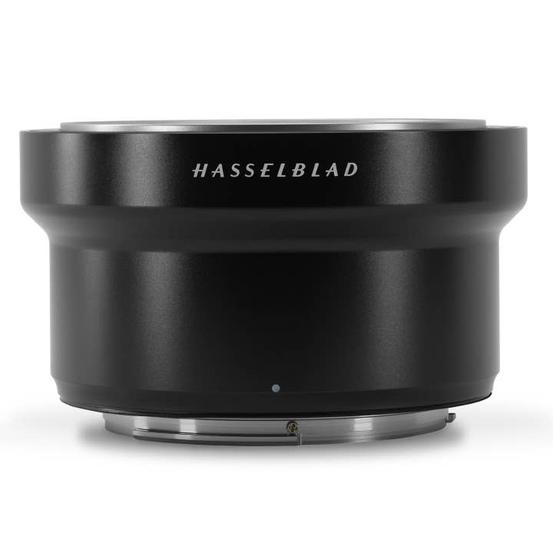 The Hasselblad XH Converter 0.8 brings new opportunities to Hasselblad photographers with the ability to unlock a whole new set of H System lens capabilities. The XH Converter 0,8, used on HC/HCD lenses attached to an X System or 907X camera, reduces the focal length of the lens by a factor of 0,8x, which delivers a wider field of view and improves the maximum aperture of the lens by two-thirds of a stop.

An added bonus when using the XH Converter 0,8 is that it increases lens performance as lens aberrations are reduced by the same factor as the focal length. The HC/ HCD lenses will, thanks to the larger max aperture, produce a shallow depth of field with super smooth bokeh. The XH Converter 0,8 can also be combined with other H System lens accessories, such as the HTS 1.5 Tilt and Shift Adapter.

The CF Lens Adapter (requires the electronic shutter function) gives access to all V System lenses. Lens corrections for all compatible HC/HCD lenses will be applied automatically when images are processed in Phocus (When the HTS, extension tubes, Macro Converter or the converter H1,7X are used, only the corrections for the lens are applied).