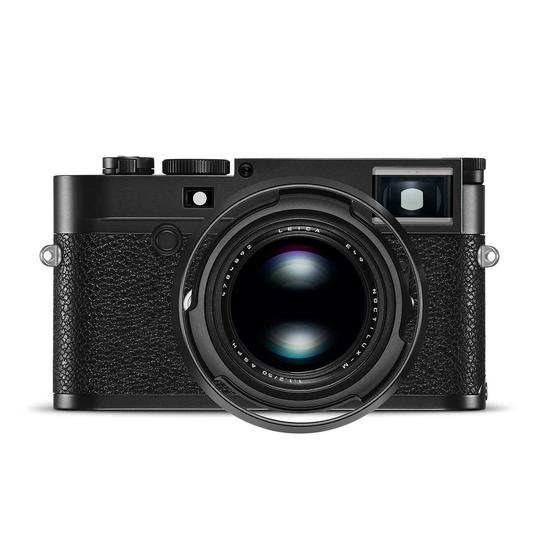 One of the most famous M-mount lenses have been re-issued in an adapted modern design, the LEICA - NOCTILUX-M 50mm f1.2 ASPH Black Anodized recreates the unique aesthetic of the Noctilux 50 f/1.2, produced from 1966 to 1975, for contemporary photographers.

The Noctilux 50 f/1.2 was the world’s first lens to feature aspherical elements and, as such, represented something of a sensation. Its light sensitivity (which is enormous even by today’s standards) further contributed to the Noctilux’s legendary status – as did its unique aesthetic: images captured at open aperture are imbued with a soft, almost dreamlike quality – creating an unmistakable look with an exquisite bokeh.

With an optical design almost identical to the original 1966 lens, the NoctiluxM 50 f/1.2 retains these distinctive visual characteristics providing a classic vintage feel, adhering so closely to the original that the imaging results are almost identical. Two large-diameter aspherical elements control spherical aberrations for improved clarity and reduced distortion, and images captured at an open aperture feature a soft, dreamlike quality, creating an unmistakable look with exquisite bokeh.

Despite the fact that it was originally calculated more than fifty years ago, the purpose of this lens is by no means limited to nostalgic experiments: once it has been stopped down to f/2.8 (at the very latest), the NoctiluxM 50 f/1.2 delivers sharp images that live up to any quality expectations of modern day digital photography. The lens also continues to be the most compact and lightweight Noctilux in Leica’s catalogue.

The lens comes in packaging inspired by the original box and is also complemented by the same lens container that was provided with the original Noctilux 50 f/1.2 for safekeeping.