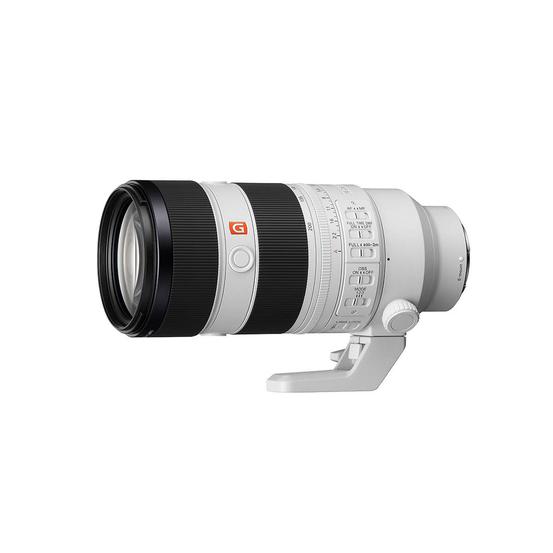 The Sony FE 70-200mm f/2.8 GM M2 Lens is an evolved and improved telephoto zoom lens for professionals. It is lighter than its predecessor but boasts performance improvements in every area of operation.

Optimized for speed, this lens maintains a fast and constant f/2.8 aperture through the zoom range for easy use in low-light conditions, as well as for greater control over shallow depth of field. Smooth bokeh is achieved by the eleven-blade circular diaphragm for smooth out-of-focus areas. The newly developed aperture drive unit provides fast yet quiet operation.

For durability and working in harsh environments, the lens is dust and moisture resistant, and the front element features a fluorine coating to resist water and oil. The lens features a removable rotating tripod collar and a lens hood that provides access to rotate a separately available accessory polarizing filter.

The lightest in its class