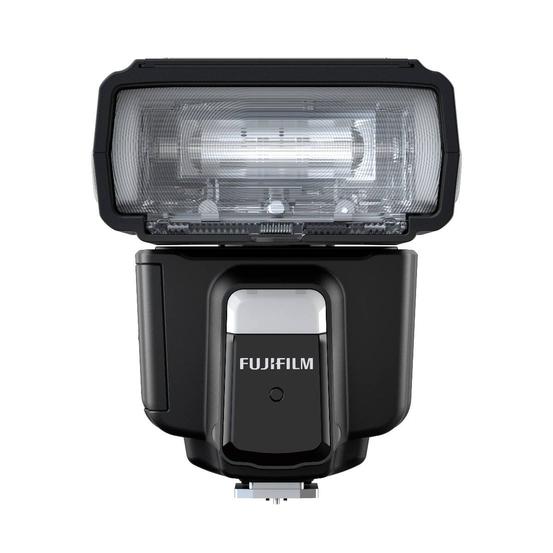 With a zoom range of 24-200mm and a maximum guide number of 60 at 200mm, the EF-60 Shoe Mount Flash is suitable for either TTL or manual applications and can be used on or off-camera, when combined with the optional EF-W1 Wireless Commander, which uses radio-controlled 2.4 GHz wireless communications to remotely trigger the EF-60.

Made for X-Series and GFX System users with impressively powerful output and professional features in a compact and portable design. The EF-60 is also compatible with the Nissin Air10s Remote, which allows for integration with other Nissin Air System (NAS)* compatible flashes (i60A, Di700A, MG Series).

The EF-60 uses four AA batteries (not included) and comes with a dedicated diffuser, mini-stand and special carry pouch.

The EF-60 has a maximum Guide Number of 60 (ISO100・m and flash coverage setting at 200mm*1) despite its compactness and the head be adjusted by 90 degrees upward or by 180 degrees either left or right so that flashlight can be bounced off a wall or ceiling to imitate natural light and avoid harsh shadows.

The EF-60 has a built-in receiver compatible with Nissin's wireless communications system called NAS (Nissin Air System). When combined with the Wireless Commander EF-W1, or the Nissin Air10s, it can be triggered remotely. This allows users to place the flash anywhere, even outdoors in bright daylight or at a location where obstacles might be blocking line-of-sight.